Rheumatoid arthritis (RA) is the most common type of autoimmune arthritis. It is caused when the immune system (the body's defense system) is not working properly. Rheumatoid Arthritis causes pain and swelling in the wrist and small joints of the hand and feet. swelling.
It is chronic progressive disease causing inflammation in the joints and resulting in painful deformity and immobility, especially in the fingers, wrists, feet, and ankles.

• When body tissues are inflamed, the disease is active. When tissue inflammation subsides, the disease is inactive (in remission). Remissions can occur spontaneously or with treatment, and can last weeks, months, or years.
• Symptoms of the disease disappear, and patients generally feel well during remissions
• When the disease becomes active again (relapse), symptoms return. The return of disease activity and symptoms is called a flare.
• Active disease symptoms are fatigue, lack of appetite, low grade fever, muscle and joint aches, and stiffness.
• Muscle and joint stiffness are usually most notable in the morning and after periods of inactivity.
• Arthritis is common during disease flares. Also during flares, joints frequently become red, swollen, painful, and tender. This occurs because the lining tissue of the joint (synovium) becomes inflamed, resulting in the production of excessive joint fluid (synovial fluid). The synovium also thickens with inflammation (synovitis).
• Multiple joints are usually inflamed in a symmetrical pattern on both sides of the body affected
• The small joints of both the hands and wrists are often involved. Simple tasks of daily living, such as turning door knobs and opening jars can become difficult during flares.
• The small joints of the feet are also commonly involved.
• Occasionally, only one joint is inflamed. When only one joint is involved, the arthritis can mimic the joint inflammation caused by other forms of arthritis, such as gout or joint infection.
• Chronic inflammation can cause damage to body tissues, cartilage and bone. This leads to a loss of cartilage and erosion and weakness of the bones as well as the muscles, resulting in joint deformity, destruction, and loss of function.
• It can even affect the joint that is responsible for the tightening our vocal cords to change the tone of our voice, the cricoarytenoid joint. When this joint is inflamed, it can cause hoarseness of voice.

Diagnosis is done by the Doctor on the basis of symptoms and examinations like Blood Test and X rays , also bone scanning is done accordingly The diagnosis is also based on the pattern of symptoms, the distribution of the inflamed joints.
Treatment:
Physiotherapist recommend physiotherapy treatment which aims at improving the symptoms of the disease i.e. knee pain, swelling, stiffness, and the patient begins to notice a positive difference within one or a few physiotherapy sessions.
Physiotherapy treatment is important in helping patients with Rheumatoid Arthritis manage their disease. In conjunction with occupational therapists, physiotherapists educate patients in joint protection strategies, use of assistive devices, and performance of therapeutic exercises.
At Physio Kare, all the members of the rehabilitation team work together so as to provide proper care and the therapy in order to Pain relief,Reduce swelling,Strengthening of muscle,Prescription of orthoses. 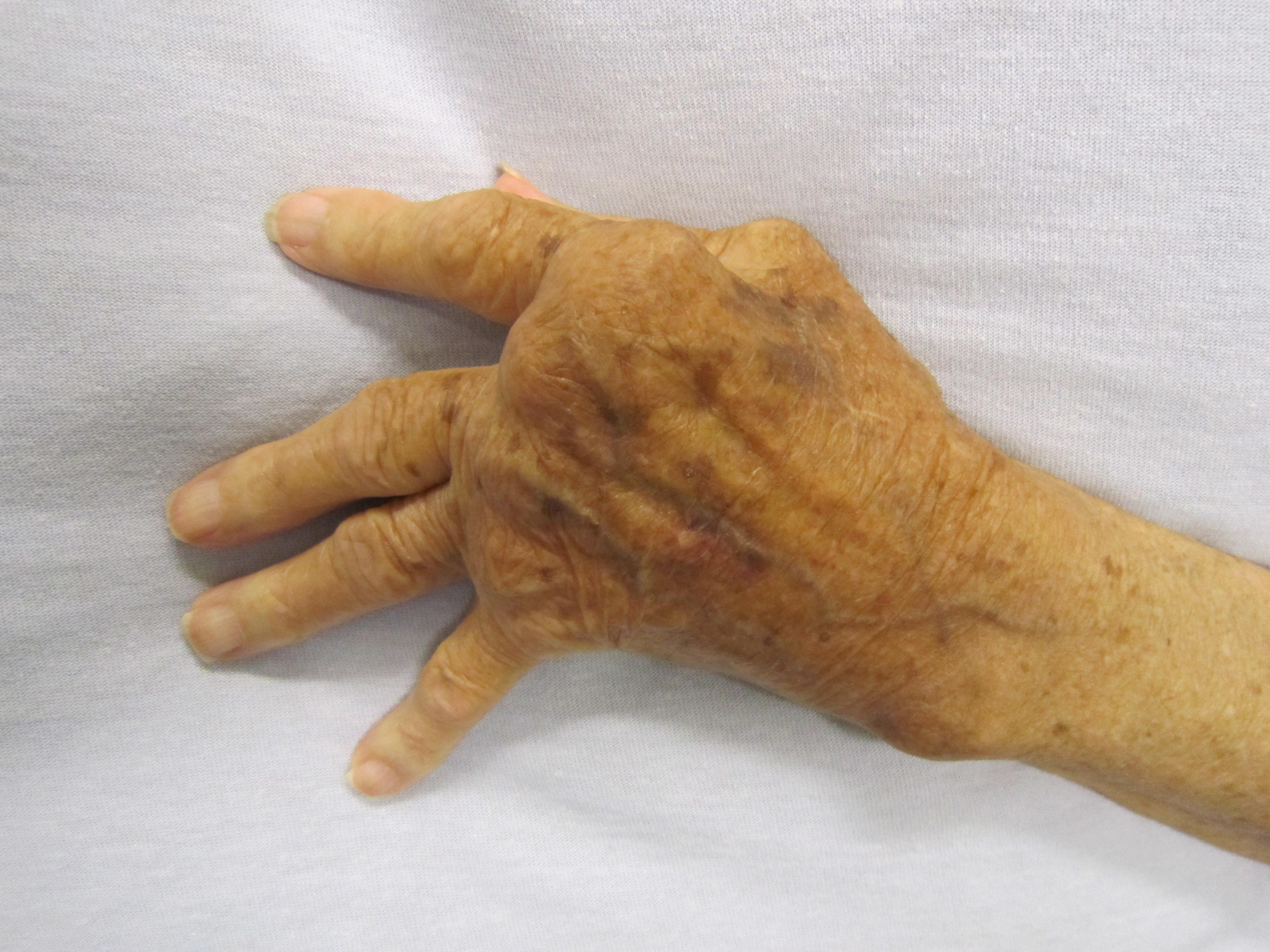